The appearance of scammers, the active spread of fraudulent actions on Telegram has led to the need to combat them. As a countermeasure, Pavel Durov proposed a special mechanism. In May of this year, on Twitter was the information about the launch of Antiscam.

The result of this team was the appearance of the Scam label. It signals the beginning of the fight against fraudulent user actions and divorce in the popular Telegram messenger. While the principle of its filtering is not advertised. In this regard, the question of how to avoid getting into the black list is open.

What is scam in Telegram 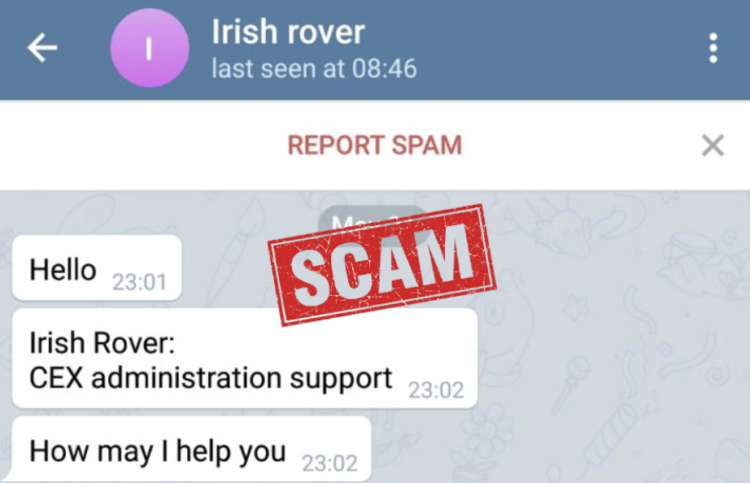 Users, bots and channels get into blocking. If you assign them this label, they will lose visibility inside the site.

To continue communicating with blocked accounts, you will need to go to a direct link to them.

Telegram scam distribution is now followed by a fair punishment. Anyone can inform developers about the detection of a scam by writing @notoscam. Previously, this account was used to collect information about the fake sale of Durov cryptocurrency.

An e-mail NoToSpam@telegram.org is also available, for which applications for consideration of a candidate for blocking are accepted. Letters from companies and services are sent here to confirm the legitimacy of their actions.

During the existence of Telegram, the developers have accumulated statistics on channels whose activities are aimed at enriching due to deception by the user.

Selling fake money, various meinings are nothing but a “divorce” of people. The modified financial pyramid draws funds from users and “gets stuck”.

Gamblers, sports experts who want to make a bet without leaving their home, become customers of such channels. Receiving information about the best offer, users can not resist and are victims of fraud.

Even in life, a chance to earn one in a million. Online sites are another means of enrichment at the expense of gullible users.

There have been recorded cases of the emergence of exchanges that offer to post information about goods or services at a very favorable price. Falling into such tricks, customer advertising is on a non-core channel, or they are completely deceived.

Service is relevant in the world of cryptocurrency. Air selling has swept the online community. The latest fraud was detected with BitMEX. The purpose of the bot is to perform trading operations. These services are bought by people who are poorly versed in the rules of trading. Lack of knowledge of economic processes and the pursuit of profit lead to the loss of time and money of users.

What does the SCAM label mean?

Assigned to members suspected of fraud. According to statistics, from the moment the service began to work, 510 channels already got into the ban. Their administrative accounts are also blocked. 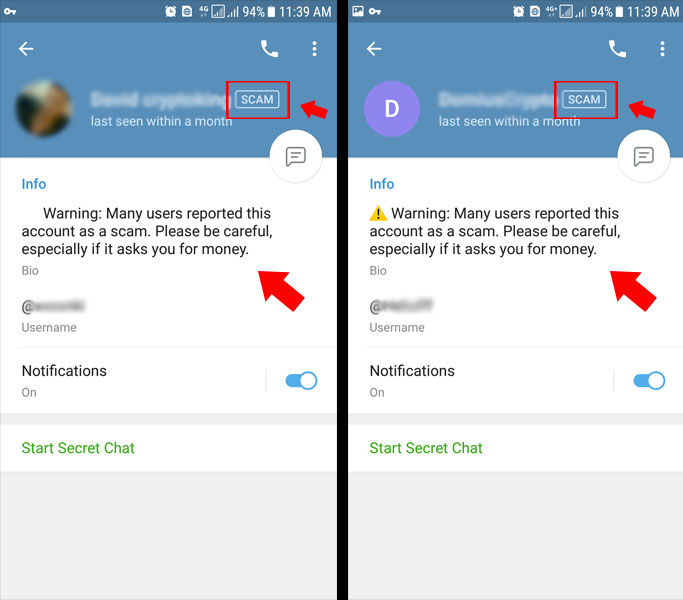 Due to the lack of official information on how not to get into the black list, users began to analyze the behavior of SCAM participants and compile a list of actions that could serve as a reason for blocking:

These actions indicate a divorce in Telegram and are subject to blocking. Durov’s team fights for fair business on the Web.

For posting information about child abuse, terrorism, calls for suicide, the distribution of narcotic and psychotropic drugs, etc., users will automatically be placed in a ban without a tag.

The correct actions of the participants

A user or channel will never receive a SCAM label if it adheres to the following rules:

In the process, the Antiscam team will identify flaws and fix bugs. Telegram fraudulent user actions will be detected and flagged.

Most often, the audience is transferred to private channels under various pretexts:

Unfortunately, users continue to trust the service of which they are a subscriber. Telegram’s mission is to warn of dishonest actions.

How to report Scam

Information should be sent to @notoscam with a link to the resource or user, as well as with the confirmation of the described fact. You can get a tag in one call to technical support.

The owner will not be saved if he administers a private channel. It will not protect against resource checking and adding @notoscam to the blacklist.

Applications not intended to eliminate competitors are not accepted for consideration. Antiscam works with channel owners and users who sent messages.

Antiscam may label incorrectly. In this case, the resource administrator sends a statement and provides justifying information in defense of the channel.

The search for loopholes to circumvent restrictions continues. A similar Telegram policy has spawned a new type of fraud. Messages are sent to the owners offering to pay a certain amount to protect them from the Scam tag.