Release date and history of the cryptocurrency Pavel Durov GRAM

The number of cryptocurrencies existing today is growing every day. But not everyone knows what it is. Let’s talk about this in more detail.

Cryptocurrency is a type of electronic (digital) money. The main difference from existing traditional systems is decentralization (data storage on different servers).

It has a minimal risk of hacking – all copies of transactions are stored on users’ computers, which are constantly checked against each other using a specially written algorithm. Their basis is cryptography (a special encryption mechanism). It is reliable and cannot be hacked.

Who is Pavel Durov 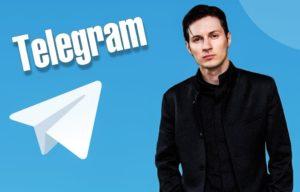 Pavel Durov – author of VKontakte and the Telegram messenger, billionaire.

Studying at the institute, he created a special library for finding the necessary and important materials, various information and essays. After learning about the existence of Facebook, I decided to create something like that.

All the work to create VKontakte (VK), Pavel performed with his brother. The release of social networks and registration of the first user were in October 2006. In April 2014, Pavel Durov announced that he was leaving the VK leadership position due to a change in the composition of shareholders.

After leaving this position, he continued to actively work on new projects. Pavel introduced the Telegram messenger in 2013. The peculiarity of the program was a special encryption that allows you to get a fully protected channel.

The top leadership of the Russian Federation did not like the capabilities of the messenger, and they repeatedly scared them by blocking it. But, as we see, the program works and develops.

TON is a new platform that allows you to simulate the blockchain, which is distinguished by power and speed. It is secretly called the “third generation platform.” The TON system is capable of performing millions of transactions per second, which is significantly higher than the performance of analogues.

The Telegram Open Network release date is not known. The official ton website does not exist. It is assumed that it will be built directly into the Telegram messenger.

In the future, the Telegram Open Network will have a coin in the amount of 5 billion units. Of these, 2.6 billion (52%) remain in the ownership of the company, which will help eliminate speculation.

Coins will be sold only for EUR and USD. The speed of transactions is milliseconds, which already scares competitors.

The Instant Hypercube Routing element used can withstand any network load, which will significantly increase productivity and speed of operations.

The introduction of smart contracts into the platform will allow you to compete with many cryptocurrencies.

The coin has not yet appeared, but has already made a noise. Many people expect the launch of the Gram just to buy this promising coin. Let’s talk about the currency in more detail. 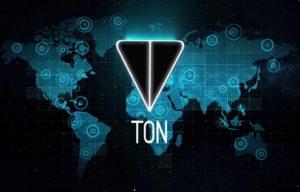 TON cryptocurrency release date – a question of interest to all, for which there is no answer yet. It is known that before launching a coin on the network and on the exchange, closed tenders will be held.

There are a lot of people who want to buy a crypt. Creator plans to receive more than $ 2 billion in foreign currency.

The implementation of this cryptocurrency is carried out in several stages:

In January 2010, when electronic money began to appear, Pavel Durov tried to launch a VK coin. Then users did not have a clue what it was and were distrustful of the design of the developer.

Subsequently, the attitude towards electronic money has changed significantly. The news of the issue of his own coin Durov interested users. According to recent estimates, Gram will raise from 3 to 5 billion dollars.

Today, for most users, the release date of the Durov cryptocurrency is the most intriguing question. Many people want to buy a coin, regardless of its value.

The release date of the Gram cryptocurrency is still unknown, but there is information about its characteristics:

Gram cryptocurrency, release date and its course are of interest to many. These questions are still open. But it is known that the coin will be available for purchase for USD, EUR and RUB.

Its value after the appearance depends on the initial throw-in at the auction. According to forecasts, the price of a coin can be up to $ 10 per unit.

According to experts, for the first quarter of official trading, the coin will take 3rd place in terms of capitalization.

It is too early to talk about the future of this coin, since its release date is unknown. Optimists expect to start selling in March. Deadlines depend not only on the technical side, but also on negotiations with regulators and exchanges.

It is not yet fully known which services will be launched initially and which will be connected in the process. The starting price and demand for a coin strongly depend on this.

Also, no one knows the exchange that will trade cryptocurrency. Based on the available information, it will be presented on Japanese exchanges. So far, these are only assumptions.

Despite the fact that the DON cryptocurrency TON is not known for its release date, it already has certain development trends today. If everything goes as the developers plan, then the coin will occupy a leading position and become the first among all existing cryptocurrencies.